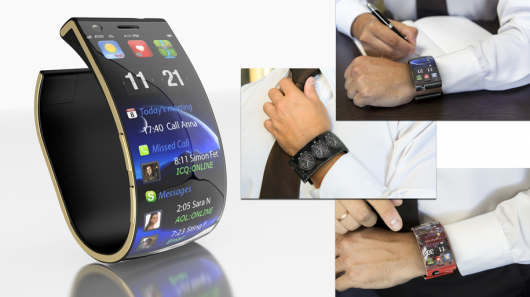 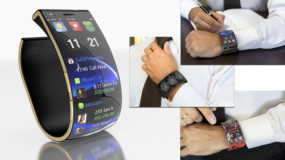 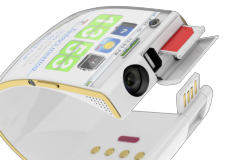 SKU:
$550.00
$550.00
Unavailable
per item
The first smartwatch to feature a twin-display and smartphone you can wrap around your wrist and wear like a bracelet, the Smile features full-color OLED. The upper screen auto activates as the arm is raised, while the lower screen turns on when it's pointed upwards by twisting the wrist.
The Smile boasts 2 GB of system memory, and either 128 or 256 GB of included solid state memory.

Other key specs include a nano-SIM card slot, allowing the device to act as an LTE-ready smartphone in its own right, or be paired with an existing smartphone via Bluetooth. The main display will auto switch between day- and night-time modes, but the phone part can remain active while you slumber, and the Smile will auto-direct incoming calls to voice mail or play a message advising callers to ring back later.